Soldiers Abduct Six Children And A Young Man In Jerusalem 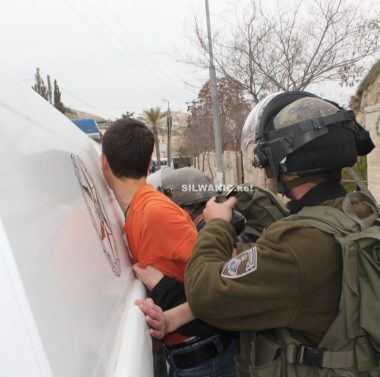 Israeli soldiers abducted, on Tuesday at dawn, six Palestinian children, and a young man, from their homes, in occupied East Jerusalem, and moved them to interrogation centers in the city.

It is worth mentioning that the soldiers also abducted a young man, identified as Mohammad Shamasna, from his home in Beit Hanina neighborhood, north of Jerusalem.

On Monday, the soldiers abducted a Palestinian woman, identified as Ghada Zghayyar, from Bab al-‘Amoud area, in Jerusalem, after the army attacked many women who protested the visit of U.S. Vice President Mike Pence.