Soldiers Abduct The Brother Of A Slain Young Man In Qalandia 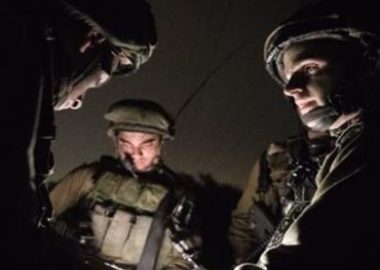 Israeli soldiers abducted, on Saturday evening, the brother of a slain young Palestinian man who was killed by the army on April 2nd, 2019, the Qalandia Media Center has reported.

It said that the soldiers abducted Fadi Adwan, and detained his father, Ali, for several hours, after stopping them near Deir Ammar refugee camp, northwest of Ramallah, in central West Bank.

The soldiers stopped the young man and his father while returning home, after visiting family members near the refugee camp.

It is worth mention that Fadi is the father of Mohammad Ali Adwan, who was killed by the Israeli army on April 2nd 2019, after the army invaded Qalandia refugee camp.