Soldiers Abduct The Coordinator Of the Popular Committee In Kufur Qaddoum 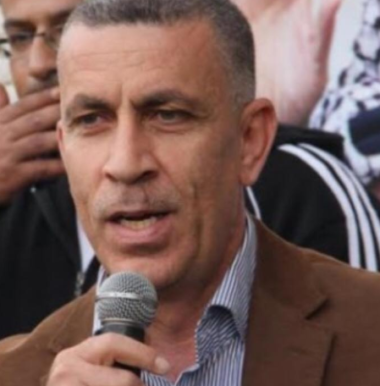 Israeli soldiers abducted, on Friday at dawn, the coordinator of the Popular Committee against the Annexation Wall and Colonies, in Kufur Qaddoum town, east of the northern West Bank city of Qalqilia, while crossing al-Karama Border Crossing between the West Bank and Jordan.

The Popular Committee in Kufur Qaddoum said the soldiers abducted Morad Eshteiwi while he was crossing back into the West Bank, after visiting family in Jordan.

Kufur Qaddoum holds weekly processions against the Annexation Wall and Colonies, and in protest to the ongoing closure of the town’s main road for the past sixteen years, and is subject to constant invasions and violations.

In addition, groups of illegal Israeli colonialist settlers attacked, on Friday at dawn, many Palestinian homes and cars in several areas in Bethlehem governorate, south of occupied East Jerusalem, in the West Bank.

After the soldier’s body was found, the army installed many roadblocks in the area, and imposed a strict siege on Beit Fajjar, before initiating extensive and very violent searches of homes and property and interrogated dozens of residents.