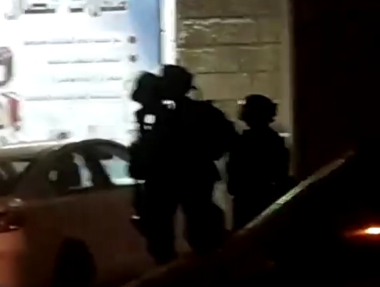 The Wadi Hilweh Information Center in Silwan (Silwanic) has reported that the soldiers abducted Bassel Aziz Obeid, 21, while standing in front of his home in al-‘Isawiya.

It added that the soldiers also abducted Yousef Farid Obeid and Nadim Harbi, from their homes in the town.

It is worth mentioning that the soldiers also fired rubber-coated steel bullets, gas bombs and concussion grenades in al-‘Isawiya, when the army attacked Palestinians marking the fourth anniversary of the death of Fadi Alloun, 19, who was killed by the Israeli army after soldiers claimed he stabbed an Israeli teen in Jerusalem, causing moderate wounds. Eyewitnesses challenged that allegation.

In addition, the soldiers invaded the ath-Thouri neighborhood in al-‘Isawiya, searched homes and summoned a young man, identified as Mohammad ad-Daqqaq, for interrogation on Sunday at 4 P.M.