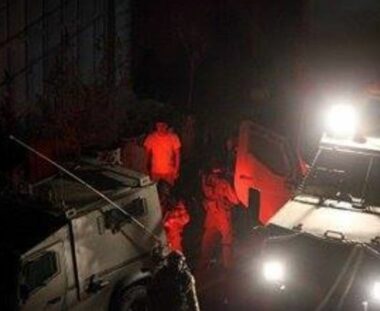 Israeli soldiers abducted, on Wednesday at dawn, three Palestinians from their homes, near Bethlehem, south of occupied Jerusalem in the West Bank.

In related news, the soldiers installed a military roadblock at the main entrance of Deir Ballout town, west of the central west Bank city of Salfit, before stopping and searching dozens of cars, and interrogated many Palestinians while inspecting their ID cards.