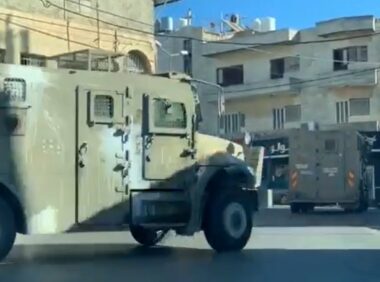 They added that the soldiers also briefly detained another boy, identified as Riyad Hisham Oleyyan, before releasing him.

Furthermore, the soldiers invaded the family home of another teenage boy, identified as Malek Hattab, but he wasn’t there, and informed his family that he is “wanted and needs to turn himself in to the army.”