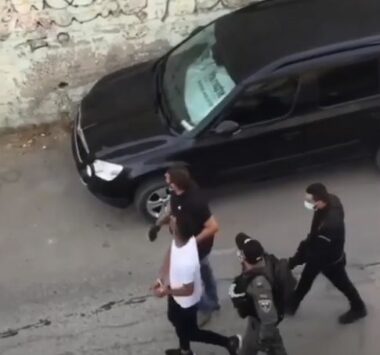 Israeli soldiers abducted, on Monday at night and Tuesday at dawn, at least twelve Palestinians from several parts of the occupied West Bank, the Palestinian Prisoners’ Society (PPS) has reported.

It added that the soldiers caused excessive property damage to the invaded homes, and interrogated many Palestinians while inspecting their ID cards.

The soldiers also abducted a former political prisoner, identified as Ali Abu Bakr, from Qaffin town, after stopping him at a military roadblock near Ya’bad town, south of Jenin.

The soldiers also stormed and ransacked many homes in Hebron city, in addition to the towns of Beit Ola and Doura.

In Ramallah, in central West Bank, the soldiers abducted Nidal Khaled Barghouthi and Mo’men Kifah Barghouthi, from their homes in Kobar town, northwest of the city.

On Monday at night, the soldiers stopped four young men in a car while trying to cross Atara military roadblock, north of Ramallah, and repeatedly assaulted them, before abducting them. Their names remained unknown at the time of this report.