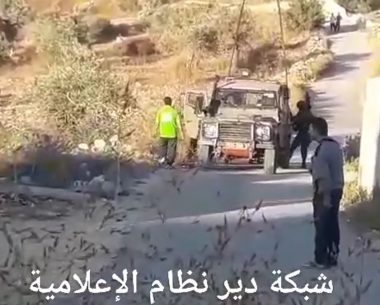 The two children have been identified as Mohammad Saleh and Rami Nimir; they were sitting in front of one of the boy’s homes when the soldiers abducted them.

The two children were taken prisoner before the army withdrew, and were not in the area of protests.