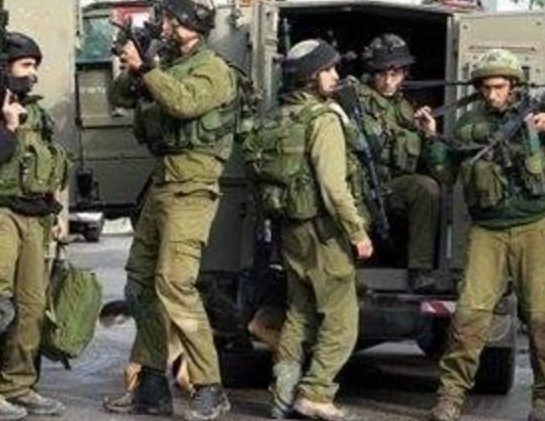 Eyewitnesses said the soldiers invaded the Ein Samia area in the town, before attacking construction workers, and abducted two of them, in addition to confiscating a truck and construction equipment.

The workers are building a school for the Bedouins in the area; however, Israel is trying to stop the work because the construction is in Area C of the occupied West Bank and requires a permit from the so-called “Civil Administration Office,” the administrative branch of the illegal Israeli occupation.

The area is subject to frequent Israeli invasions and violations, while about two months ago, the soldiers displaced a Bedouin family from the area.

It is worth mentioning that, a year ago, illegal Israeli colonizers installed an outpost in the Ein Samia area, prompting constant protests that were attacked by the soldiers, leading to the injury of dozens of Palestinians, including many who were shot with live ammunition in addition to rubber-coated steel bullets.

On Tuesday at dawn, the soldiers abducted at least seventeen Palestinians from several parts of the occupied West Bank, including the occupied capital, Jerusalem, after the army invaded and ransacked dozens of homes.