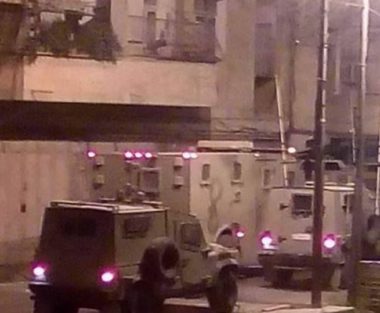 The PPS added that Shadeed is a former political prisoner who spent eight years in Israeli prisons.

In addition, the soldiers invaded Qalqilia city, before storming and ransacking a shop, owned by Mohammad ‘Adel ‘Enaya, 30, before abducting him, and confiscated surveillance equipment from the store.

In related news, the soldiers abducted three employees of the Palestinian Waqf and Islamic Endowment, including the head of Construction Committee, in Al-Aqsa Mosque, in occupied East Jerusalem, the WAFA Palestinian News Agency has reported.