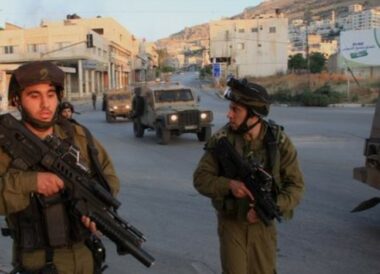 Israeli soldiers abducted, Saturday, two Palestinians, including one who was assaulted by illegal colonialist settlers and summoned to others for interrogation, in Jenin and Jerusalem, in the occupied West Bank.

They added that Israeli soldiers then abducted the young man and took him to an interrogation facility.

In related news, the soldiers invaded, on Saturday at night, the village of Zabbouba, west of the northern West Bank city of Jenin, and abducted a young man, identified as Emad Hasan Abu Zeitoun.

Eyewitnesses said the soldiers abducted the young man at a military roadblock they installed on the main entrance of the village and added that the soldiers also assaulted him and maced him with pepper-spray, before moving him to Salem military base.