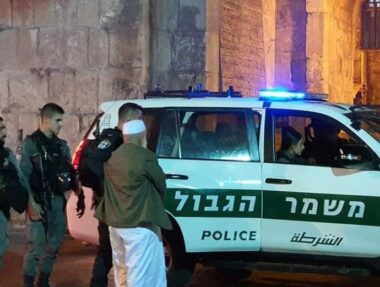 Media sources said the soldiers abducted Sheikh Abu Bakr as-Sheemy, 63, after stopping him at Bab Hotta, one of the gates leading to the Al-Aqsa Mosque, while he was heading to the holy site.

They added that the soldiers prevented the Palestinians from entering the holy site, and its surrounding areas, to allow large groups of colonialist settlers into its courtyards to conduct their provocative tours.

In addition, the soldiers invaded the Wad Qaddoum area, in Ras al-‘Amoud, and abducted a young man, identified as Ababa Dandees after storming and ransacking his home.