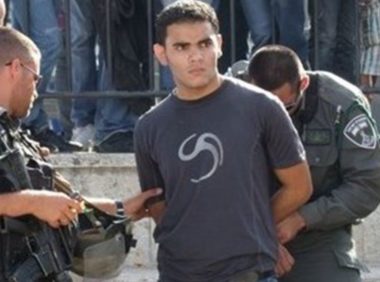 Media sources said the soldiers abducted Shadi Mohammad Mheisin, 23, from the al-‘Isawiya town, as he was returning home from work.

They added that the soldiers also abducted Ala’ Najeeb, while standing in front of the Bab ar-Rahma Mosque, in the Al-Aqsa Mosque Compound.

Furthermore, the soldiers summoned six young men for interrogation, after stopping them near Bab Hotta Gate, while leaving Al-Aqsa.