Soldiers Assault A Young Palestinian Man, Abduct Him, In Jerusalem 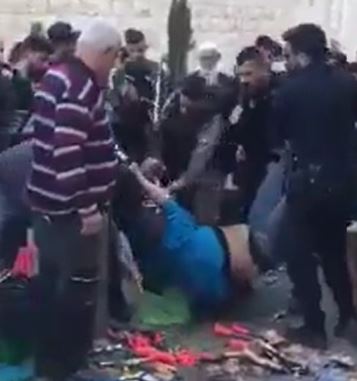 Eyewitnesses said many soldiers assaulted the young man, identified as Morad Omar Darwish, near Bab al-‘Amoud, in Jerusalem. The Palestinian is from the al-‘Isawiya town, in Jerusalem.

They added that the soldiers were kicking and beating the young man, before moving him to an interrogation facility in the occupied city.

The incident took place after the army attacked dozens of Palestinians, and prevented them from entering the Al-Aqsa Mosque for Friday prayers.