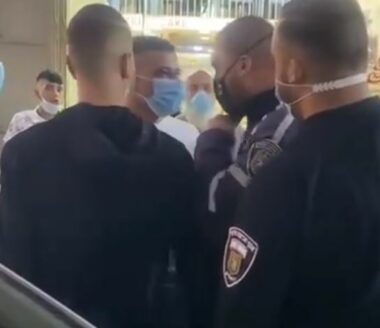 Eyewitnesses said the soldiers invaded the neighborhood and assaulted the two young men before abducting them.

The Palestinians have been identified as Laith ‘Aassi and Ibrahim Siyam; they were both taken to an interrogation facility in Jerusalem.

The soldiers also stopped and searched many Palestinians and vehicles, inspected the ID cards of the residents, while police officers ticketed many drivers and even pedestrians and maced several Palestinians, the Wadi Hilweh Information Center in Silwan (Silwanic) has reported.

In Silwan town, in Jerusalem, the soldiers prevented many Palestinians from reaching their homes and neighborhoods after closing several neighborhoods and a gas station.