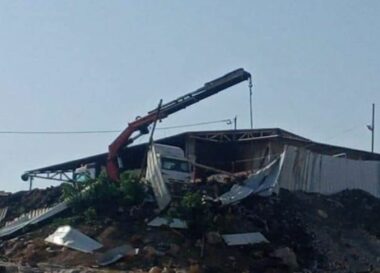 Taha Refa’ey, the mayor of Anata Municipality, stated that several army jeeps, and bulldozers invaded the town from the southern area, and demolished the facility.

He added that the demolished carwash facility is owned by a local Palestinian, identified as Ibrahim Taha Sheikh.

The army claimed the facility was not licensed by the “Civil Administration Office,” and added that it is “close to Pisgat Zeev” illegal colony.

In related news, the soldiers invaded the archeological area in Sebastia Palestinian town, northwest of Nablus, in northern West Bank.

The Mayor of Sebastia, Mohammad Azem, said many soldiers, including senior officers, invaded the area, after closing it.

It is worth mentioning that Israeli soldiers frequently invade the archeological site to accompany dozens of illegal colonialist settlers.

Such invasions constantly lead to protests, especially since the army drives through the Palestinian town of Sebastia, to reach the archeological site.