Soldiers Demolish A Home In Al-‘Isawiya 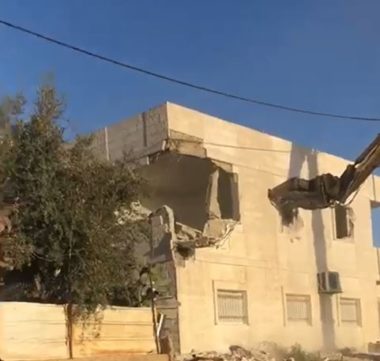 Israeli soldiers demolished, Tuesday, a Palestinian home, owned by a wheeclhair-bound man, in the al-‘Isawiya town, in occupied East Jerusalem.

Silwanic added that the soldiers demolished the second floor of the building, under the pretext of being constructed without a permit.

The family has been repeatedly trying to obtain a permit from the City Council in occupied Jerusalem since the year 1999, but all applications were denied despite the costs of just filing the permit applications. 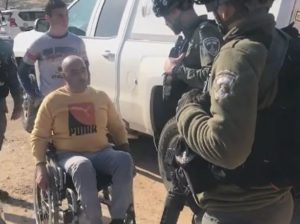 While Israel continues to build and expand its segregated illegal colonies, in direct violation of International Law and the Fourth Geneva Convention, the Palestinians in occupied Jerusalem, and Area C (%60) of the occupied West Bank, continue to be denied construction permits, and face the demolition of their homes and property.

Israel has also been demolishing homes that received permits from the local councils in various towns in the West Bank, under the pretext of not being permitted by the so-called “Civil Administration Office,” the administrative branch of its illegal occupation.