Soldiers Demolish A Home In Jericho 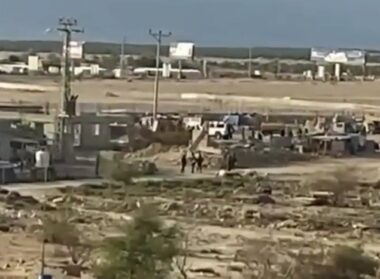 The WAFA Palestinian News Agency said the home, one hundred square meters, is owned by Ali Hasan al-Karshan and was being constructed on his land.

The Israeli army claimed that home, in Area C of the occupied West Bank, did not receive a permit from the so-called Civil Administrative Office, the administrative branch of the illegal Israeli colonialist occupation of Palestine.

Mohammad Ghrouf, the head of the Political Bureau of the Jericho Governorate, told the WAFA News Agency that the Israeli occupation authorities have escalated the demolition of the Palestinian homes and structures amidst a serious increase in demolition orders.

He added that the Israeli authorities issued, over the past week, five demolition orders of inhabited Palestinian homes east of Jericho, in addition to imposing further restrictions on Palestinian constructions in Area C (%60 of the occupied West Bank).

The official said the latest orders are part of the ongoing Israeli attempts to remove the Palestinians from the area to benefit the construction and expansion of the illegal colonies, in direct violation of International Law and the Fourth Geneva Convention.