Soldiers Demolish A Home Near Salfit 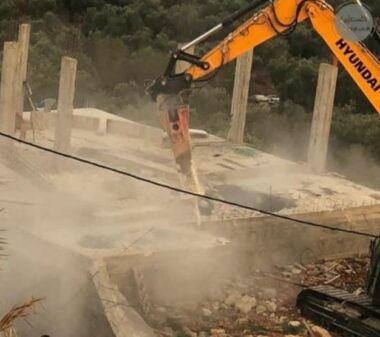 The Al-Quds Center for Social and Economic Rights stated that the soldiers demolished one home, under the pretext of being built without a permit from the “Civil Administration Office,” the administrative branch of Israel’s illegal occupation.

The demolished home is owned by a local resident, identified as Tawfiq Mer’ey.

It added that its lawyer, and after being contacted by the local town council, managed to file an urgent appeal with the Civil Administration, and halted the demolition of three other homes until further appeals are heard.