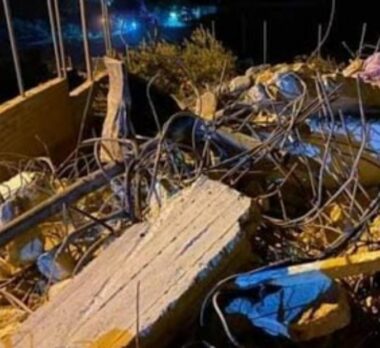 Israeli soldiers invaded, on Thursday at dawn, the Palestinian village on Beit Sira, west of the central West Bank city of Ramallah, and demolished an under-construction home.

Media sources said the soldiers, accompanied by several bulldozers, invaded the village before demolishing and leveling the building.

The soldiers closed the entire area before demolishing the property and prevented the Palestinians from entering it.

The army claims the building, although licensed by the Village Council, did not receive a permit from the “Civil Administration Office,” the administrative branch of Israel’s illegal occupation of Palestine.