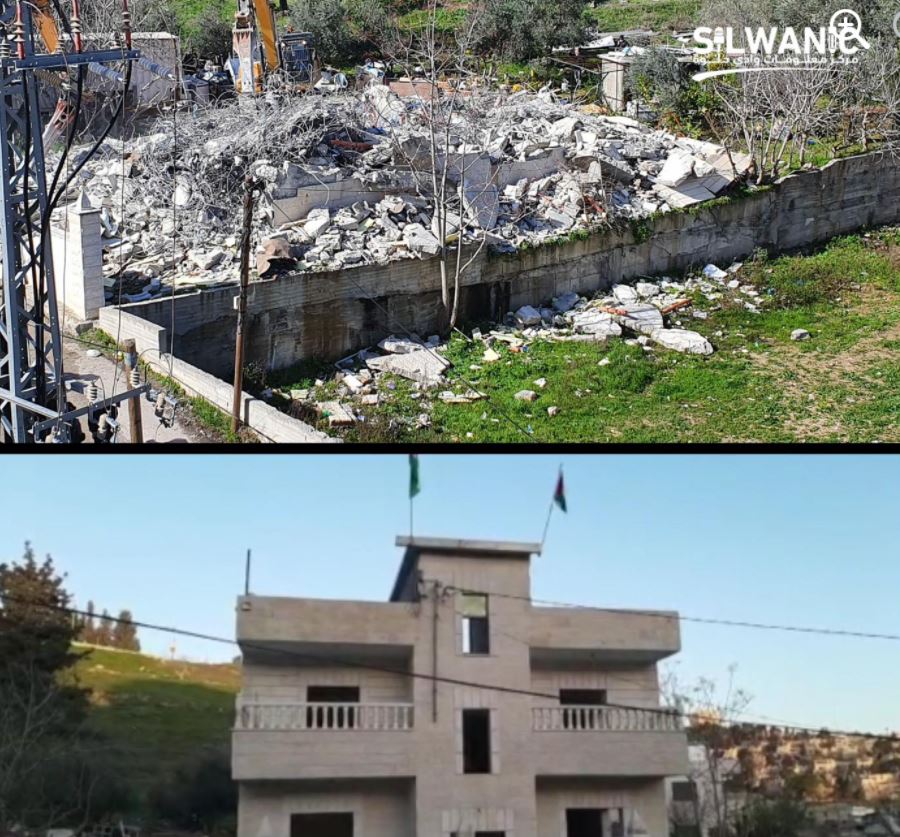 Resident Fadi Oleyyan, who works as a guard of the Al-Aqsa Mosque, said his family’s building did not violate the zoning laws, and is included in the Structural Map of the town.

The army said the building was constructed without a permit from the City Council, in occupied Jerusalem.

The family filed numerous applications and paid large sums to the City Council to obtain all needed permits, but the appeals were all denied.

“The attack is politically motivated, especially since Israel froze the destruction of homes to allow the advancement of the structure zoning of the town,” he said, “However, Israel’s laws regarding Palestinian constructions in occupied Jerusalem, are unjust and only aim at removing the Palestinians to replace them with illegal colonialist settlers.”

“I have received lately many threatening calls by Israeli security officers who clearly said that they would demolish my home if I don’t stop working as a guard in Al-Aqsa Mosque, especially since my colleagues, and I frequently intercept and try to stop the colonists from invading and desecrating the holy site,” he said.

It is worth mentioning that Oleyyan spent more than a year in Israeli prisons, in addition to being repeatedly detained and interrogated, in addition to receiving many orders barring him from entering Al-Aqsa and its surrounding areas for various periods of time, although he works as a guard at the holy site.

His father stood in front of the soldiers who surrounded the building before demolishing it, and said that the ongoing destruction and displacement are the “fruits of the poisonous tree of the extreme Israeli right-wing occupation government.”

“They want us out of our lands,” he added, “We have no other place to go to anyway, and here we will stay.”

It is worth mentioning that the family was only informed of the final decision to demolish the building, on Sunday, and had to rush to remove their furniture and belongings before the soldiers started the destruction.