Soldiers Demolish A Shed Near Salfit 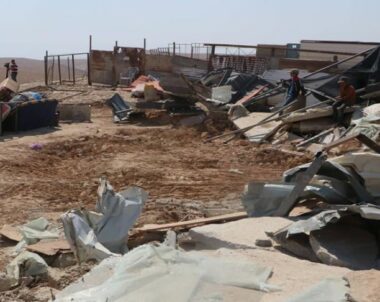 Omar Samara, the head of Hares Town Council, said the soldiers invaded the area and demolished a shed, built on private Palestinian lands.

He added that the shed is owned by Osama and his brother Bilal Tahsin Shamlawy, and was built on their land.

The two siblings received the demolition order just two days ago, under the pretext of being built without a permit from the so-called Civil Administration Office, the administrative branch of Israel’s illegal occupation, and were not granted time to appeal the decision.