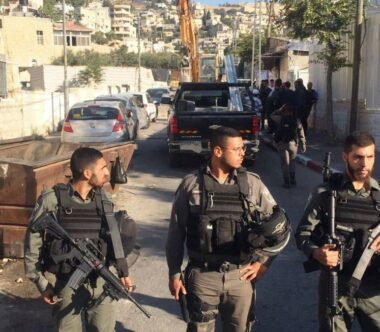 Majdi Al-Kilani, the owner of the structure, said several army vehicles, including bulldozers, invaded the village and demolished his structure near Ya’bad town.

Majdi added that the demolition was carried out without warning and that his structure included three meet-preserving fridges, inflicting losses that reached 500.000 Shekels.

He also said that the soldiers assaulted him and several Palestinians who tried to stop them from demolition the structure.