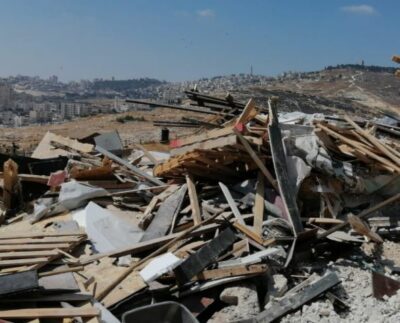 Several army jeeps, and bulldozers, invaded the area after the soldiers surrounded it.

Taha Refa’ey, the head of Anata Municipality, said the soldiers demolished two commercial sheds at the entrance of the town.

He added that the soldiers also demolished another structure, used by farmers for sell their fruits and vegetables, in addition to bulldozing a shed, and a wall that surrounded two Dunams of Palestinian lands, where a shop for selling auto parts stands.

It is worth mentioning that, on November 10th, the soldiers demolished a carwash facility in the same area.