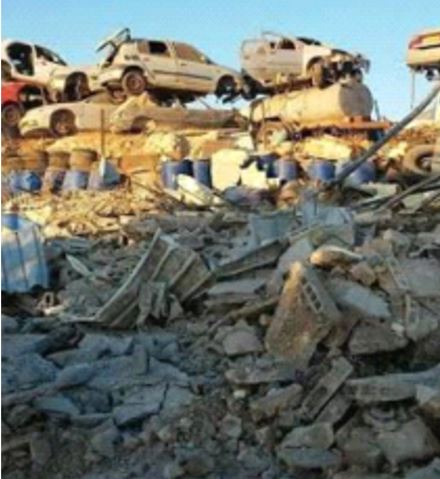 He added that the army also demolished a farm belonging to resident Ahmad al-Hilo, in addition to a car repair center belonging to Ashraf al-Julani.

The army imposed a strict siege on the entire area, after declaring it a closed military zone, and prevented the residents from entering or leaving it.

No’man added that the car repair facility was 230-250 meters, and that the soldiers demolished it without even allowing the owner to remove his machines.

The soldiers also closed several agricultural roads, especially in al-Fheidat and al-Boheira areas, in Anata, after installing sand hills to completely block any access to new construction sites in Anata.

In Hebron, in the southern part of the occupied West Bank, the Israeli military continued its siege, and invasions of homes, for the twelfth consecutive day, and kidnapped at least six Palestinians, in addition to occupying rooftops and confiscating surveillance tapes.