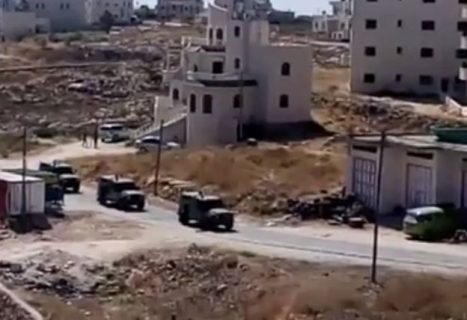 The Israeli military continued its siege on the southern West Bank district of Hebron, and invasions of homes, for the twelfth consecutive day, and kidnapped at least six Palestinians, in addition to occupying rooftops and confiscating surveillance tapes.

The Hebron office of the Palestinian Prisoners Society (PPS) has reported that the soldiers invaded Doura town, southeast of Hebron, before breaking into dozens of homes and searching them, and kidnapped six Palestinians.

It said the kidnapped are Khaled Ahmad al-Faqeeh, his wife Taghreed Jabara, his son Mohammad, and his brother Mohammad, in addition to Amir Abdul-Hameed Mitleq, 22. 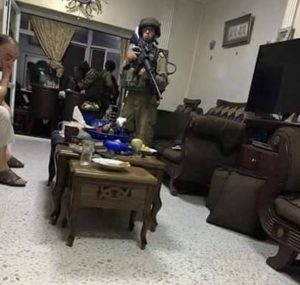 The towns of Sa’ir, Shiokh, Bani Neim and Yatta remained completely besieged for the twelfth consecutive days, while the soldiers also installed concrete blocks on the entrances of various villages, towns and refugee camps, in the Hebron city.