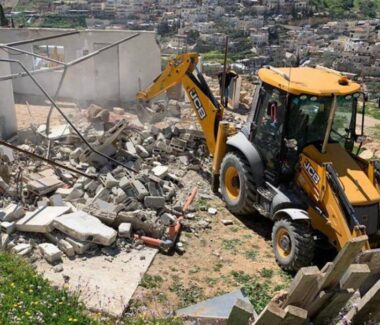 Hani Fannoun, the deputy mayor of Nahhalin, stated that several army jeeps and bulldozers invaded the as-Saleeb and Khallet al-Adas area, in the northern and eastern parts of the town, after surrounding and isolating them.

During the invasion, the soldiers assaulted many Palestinians, and closed several areas, in addition to demolishing several retaining walls.

In related news, the soldiers demolished a home and a well, in addition to bulldozing 105 Dunams of Palestinian lands, in several parts of the southern West Bank governorate of Hebron.