Soldiers Detain, Interrogate, A Palestinian Man And His Son, In Hebron 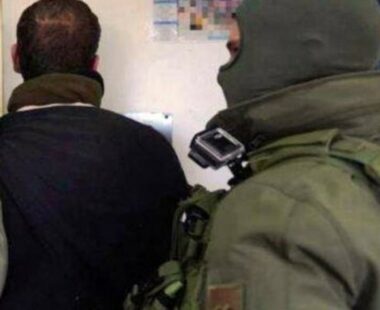 Israeli soldiers detained and interrogated, Sunday, a Palestinian man and his son, and in Masafer Yatta, south of Hebron, in the southern part of the occupied West Bank.

Fuad al-Amour, the coordinator of the Protection and Steadfastness Committee in Southern Hebron, said the soldiers summoned for interrogated Mahmoud Hamada and his son, Moath, after storming their home and ransacking it.

He added that, two days ago, the soldiers invaded farmlands owned by Mahmoud, before confiscating his tractor.

The Israeli army has escalated its violations against the Palestinians and their lands in the area, while the soldiers have recently detained and interrogated many residents on their lands while planting or working on them.

The area is also subject to repeated attacks and violations by the illegal colonialist settlers, living on stolen Palestinian lands in the area.