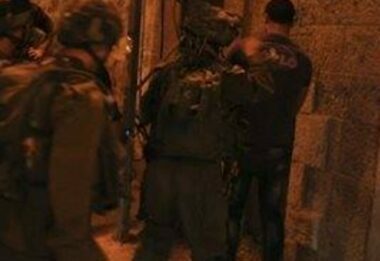 Israeli soldiers abducted, on Monday at dawn, two Palestinians in Ramallah, in the central part of the occupied West Bank.

They added that the soldiers abducted a former political prisoner, identified as Tawfiq Abu Arqoub, 28, from his home in the village. Tawfiq is also a student at Birzeit University, in Birzeit city, north of Ramallah.

The soldiers also invaded and ransacked the home of Osama Ghazi Na’san in the village and abducted him.

It is worth mentioning that the soldiers also invaded the Jabal al-Tawil area in the al-Biereh nearby city, and searched the home of Khaled Assaf, 55.