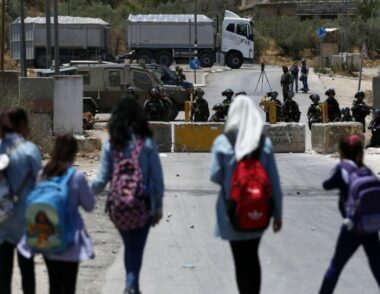 Israeli soldiers injured, Thursday, a Palestinian schoolchild near the Teqoua’ Secondary School for Boys, in Teqoua’ town, east of Bethlehem, in the occupied West Bank.

Local sources said several Israeli army jeeps invaded the town, in the morning hours, were station near the school, in addition to surrounding areas.

It is worth noting that the soldiers frequently invaded Teqoua’, especially the schools’ area, and harass the students while searching and interrogating many of them.