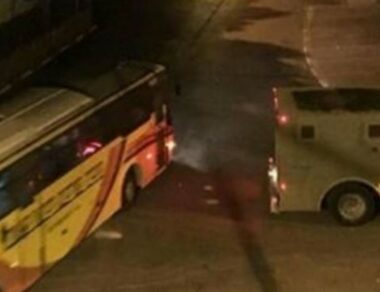 Local sources said several army jeeps accompanied the colonizers who came in a few buses and closed roads to Palestinian traffic before heading towards Joseph’s Tomb.

They added that the invasion led to protests before the soldiers shot several Palestinians with rubber-coated steel bullets and caused dozens to suffer the effects of tear gas inhalation.

Joseph, the patriarch, is revered by Jews, Muslims, Christians, and Samaritans alike; however, the Israeli military allows Jews to visit as part of organized pilgrimages, despite the site being in Area A, where the PA has complete control and prohibits Muslims from worshiping at the site.

In addition, the colonizers uprooted at least two hundred Palestinian olive saplings, and stole them in the Khallet Hassan area, west of Bidiya, west of the central West Bank city of Salfit.