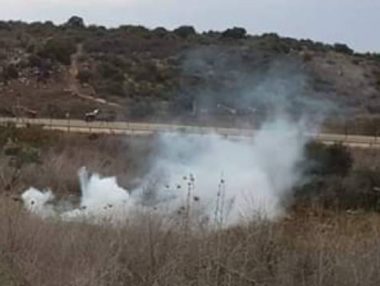 Media sources said the soldiers chased many Palestinian workers near one of the gates of the illegal Annexation Wall in the area.

They added that the soldiers fired several gas bombs at the workers, causing many to suffer the effects of teargas inhalation.

The attack is one of the numerous violations against Palestinian laborers near the gates of the Annexation Wall in several parts of the West Bank.

Such violations include firing gas bombs, concussion grenades, and live rounds, in addition to chasing the workers, preventing them from crossing, in addition to abducting many of them.