Soldiers Injure Many Palestinians In Beita 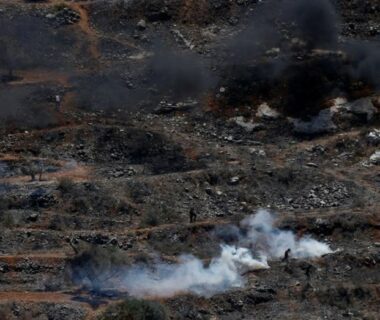 On Friday at dawn, Israeli soldiers injured many Palestinians near Sbeih Mountain in Beita town, south of Nablus, in the northern part of the occupied West Bank.

Media sources said dozens of Palestinians held dawn prayers near the mountain, especially after groups of illegal colonizers said they would invade it at dawn.

They added that the soldiers attacked the Palestinians with concussion grenades and gas bombs, causing many injuries.

The soldiers also bulldozed lands in the area, and installed sand hills, to prevent the Palestinians from conducting the weekly procession against the illegal Israeli colonialist activities.

Since May of last year, the Palestinians have been holding ongoing processions on their lands in Sbeih Mountain after a group of illegal Israeli colonizers installed an outpost atop the mountain. During these protests, the soldiers injured thousands of Palestinians and killed several others, including children.