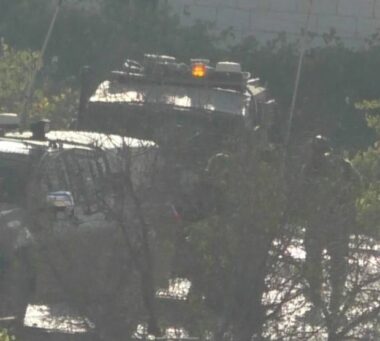 Mohammad Awad, a local media activist in Beit Ummar, stated that several army jeeps invaded ‘Aseeda area in the town, before the soldiers stormed and ransacked the home of Mirshid Za’aqeeq, and occupied the property’s rooftop after forcing the Palestinian and his family in one room.

Awad added that many Palestinians protested the invasion, and hurled stones at the invading army jeeps, while the soldiers fired several rounds of live ammunition and gas bombs, at the protesters and surrounding homes.

Many residents, including those in their own homes, suffered the effects of teargas inhalation before Palestinian medics provided them with the needed treatment.