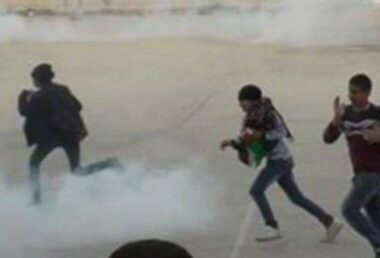 On Tuesday morning, Israeli soldiers fired many gas bombs at two schools in the southern area of Hebron city, in the southern part of the occupied West Bank, causing schoolchildren and teachers to suffer the effects of tear gas inhalation.

The sources added that many schoolchildren, teachers, and staffers suffered the effects of tear gas inhalation.

The soldiers surrounded the schools and obstructed the work of the medics, who eventually managed to reach the educational facilities, and provided the needed treatment for the injured.

His death came just hours after the soldiers killed Abdullah al-Hosary, 22, In Jenin.