Soldiers Injure Three Palestinians In Nablus, Abduct One In Ramallah 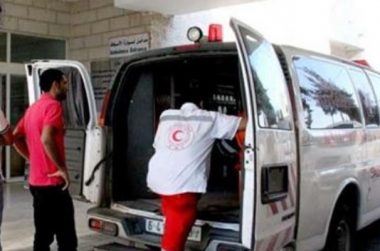 Several Israeli army jeeps invaded, on Thursday at dawn, the northern West Bank city of Nablus, and shot two Palestinians, in addition to wounding a third young man after ramming him with one of their jeeps. The soldiers also abducted a Palestinian in Ramallah, in central West Bank.

Media sources in Nablus said the soldiers invaded the eastern part of the city, and fired live rounds, rubber-coated steel bullets and gas bombs at Palestinians, who protested the attack.

They added that the soldiers rammed with their jeep a young man, identified as Lu’ay Nassar Abu Aisha, 20, from Balata refugee camp, causing a fracture in his left leg, in addition to numerous cuts and bruises.

Local medics rushed to the area, and moved the three wounded Palestinians to Rafidia Hospital, for treatment.

In Ramallah, the soldiers invaded the al-Am’ari refugee camp, south of the city, and abducted Koteiba Abu Radahha, 22, from his family homes.

In related news, the soldiers abducted four Palestinians, from their homes in Nablus and Hebron, in the northern and southern parts of the occupied West Bank, and invaded stores near Bethlehem before examining surveillance recordings.

In the Gaza Strip, Israeli navy ships attacked several Palestinian fishing boats, and opened fire at them in the Sudaniyya Sea, northwest of Gaza city, before abducting two sibling fishermen.