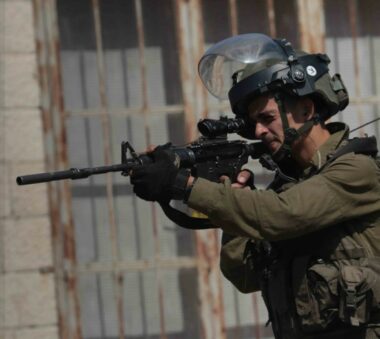 Morad Eshteiwi, the media coordinator of the Popular Committee against the Annexation Wall & Colonies in Kufur Qaddoum, stated that the Palestinians marched from the center of the village while chanting for liberation and independence, and the removal of the illegal Annexation Wall and colonies.

Eshteiwi added that the soldiers installed sandhills on a road leading to Palestinian olive orchards to prevent the Palestinians from reaching them.