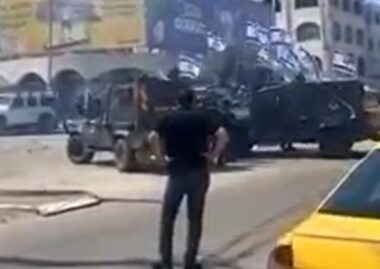 Daghlas said the colonizers attacked homes and many Palestinians, leading to protests before the soldiers invaded the town and started firing at the residents, defending themselves and their homes.

Ahmad Jibril, the head of the Emergency Department of the Nablus office of the Palestinian Red Crescent Society (PRCS), said the soldiers shot at least two Palestinians with rubber-coated steel bullets.

Jibril added that one Palestinian was injured by shrapnel, and seven suffered the effects of tear gas inhalation.