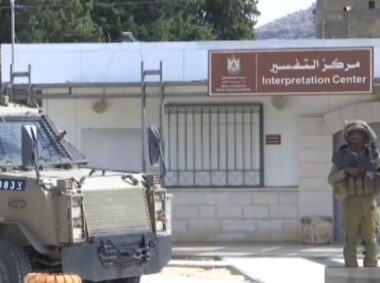 Mohammad Azem, the mayor of Sebastia, said a large military force invaded the town, accompanied by senior government officials, before heading to the archaeological area.

Azem added that the soldiers were extensively deployed around the site, and closed all surrounding roads, preventing the Palestinians from entering the area.