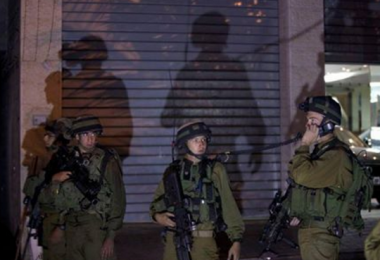 Israeli soldiers kidnapped, on Tuesday at dawn, Mohannad Turkman, the brother of Mohammad, a Palestinian security officer who was killed, Monday, after carrying out a shooting attack targeting Israeli soldiers, wounding three, one seriously.

The soldiers kidnapped Mohannad from his home in Qabatia town, south of the northern West Bank city of Jenin, after many army vehicles invaded the town, leading to clashes with dozens of youngsters who hurled stones and empty bottles on the army vehicles.

The army invaded the Turkman home, and interrogated his family, before abducting his brother Mohannad, 22 years of age.

It is worth mentioning that among the remains of many Palestinians, who were killed since October 1st, 2015, the army is holding the Mohammad’s corpse along with the corpse of Sari Mohammad Abu Gharab, 24, from Qabatia, who was killed on August 25, 2016.