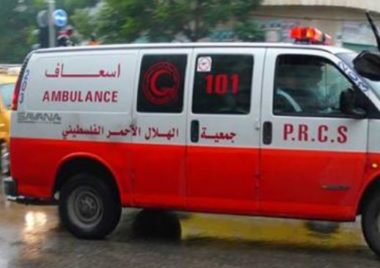 Israeli soldiers opened fire, Friday, at a Palestinian ambulance, transporting a patient to a hospital, just as the driver approached an Israeli military roadblock, north of al-Biereh, in central West Bank.

The Palestinian Red Crescent Society (PRCS) has reported that its ambulance was approaching the military roadblock, installed at the entrance of Beitin Palestinian village, north of al-Biereh, while transporting a patient from Deir Dibwan village, to a hospital in Ramallah.

It added that the soldiers instantly opened fire at the ambulance, forcing the medics to turn away and try to find another road.

The Red Crescent said that attack did not lead to any injuries, and strongly denounced this serious Israeli violation of basic human rights, the Geneva Convention and various international resolutions.