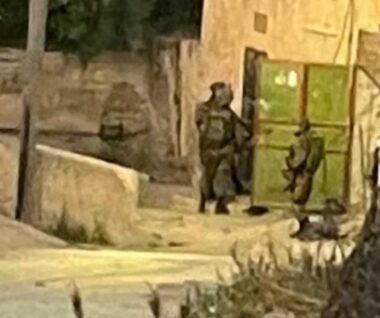 Israeli soldiers shot one Palestinian with live fire on Monday dawn and abducted two others in the Nablus governorate, in the northern part of the occupied West Bank.

Several army jeeps invaded many neighborhoods in Nablus city, leading to protests, before the soldiers fired live rounds, wounding a young man in the thigh before the local medics rushed him to a hospital in the city.

The soldiers also invaded and searched homes in the Khallet al-Amoud area, in the eastern part of the city, and abducted Mohammad al-Banna.