Soldiers Shoot A Palestinian At Qalandia Terminal, North of Jerusalem 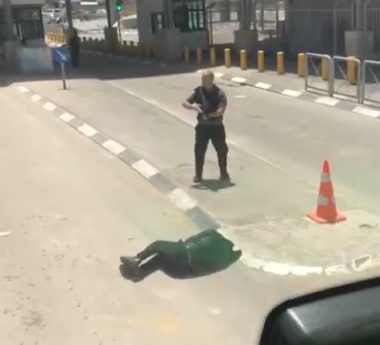 Eyewitnesses said the soldiers fired live rounds at the Palestinian, who remained unidentified at the time of this report and injured him.

A video that was released after the shooting shows the Palestinians bleeding on the ground while being surrounded by many Israeli soldiers.

Israeli media outlets quoted the army claiming that it is investigating “an attempted stabbing attack” at the terminal, without providing more information.

The terminal was completely closed after the incident, while more soldiers were also deployed in the area.