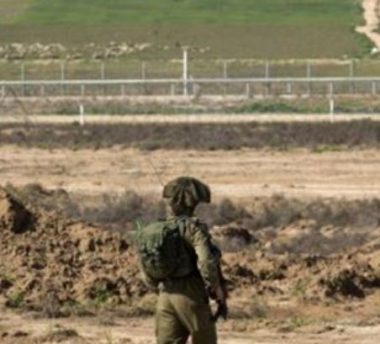 Israeli soldiers shot, Sunday, a Palestinian man on his land, east of Beit Hanoun, in the northern part of the besieged Gaza Strip.

Media sources said the soldiers, stationed across the perimeter fence east of Beit Hanoun, fired many rubber-coated steel bullets at a Palestinian farmer, wounding him in the chest and arm.

They added that the Palestinian suffered moderate wounds before he was rushed to a hospital for treatment.

It is worth mentioning that the soldiers frequently target farmers and workers on their lands near the fence, in addition to attacking Palestinian fishermen and their boats in Gaza territorial waters, leading to hundreds of casualties, including fatalities.