Soldiers Shoot A Palestinian In The Chest In Kufur Qaddoum 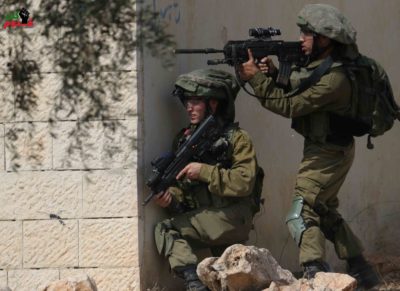 Israeli soldiers attacked, Friday, the weekly procession in Kufur Qaddoum, east of the northern West Bank city of Qalqilia, and shot one Palestinian with a live round in the chest.

The soldiers invaded the town shortly after the procession started, and broke into the home of Awni Eshteiwi, before occupying his rooftop and using it as a firing post.

The Popular Committee against the Annexation Wall and Colonies in Kufur Qaddoum said the soldiers attacked the weekly procession with live rounds, rubber-coated stele bullets, gas bombs and concussion grenades.

It added that a young man, identified as Ahmad Emad Eshteiwi, 19, was shot with a live round in the chest, and was rushed to Darwish Nazzal hospital, in Qalqilia. His condition was described as moderate. 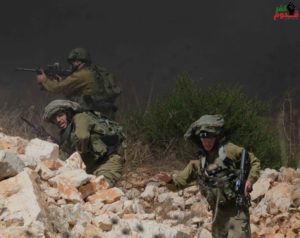 Several protesters suffered the effects of teargas inhalation, and received the needed treatment by local medics, without the need for hospitalization.