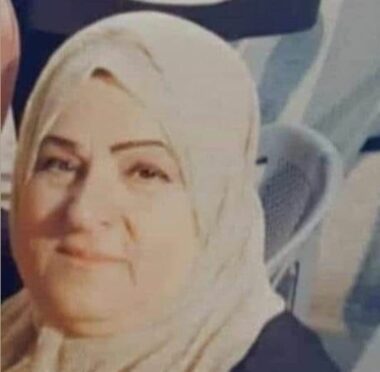 The Palestinian woman, who was shot and seriously injured by Israeli soldiers, Sunday, near Bethlehem, south of occupied Jerusalem in the West Bank, has died from her injuries.

The woman, Rihab Mohammad Mousa Za’oul, 60, was shot earlier Sunday by Israeli soldiers near the junction of Gush Etzion illegal colony, south of Bethlehem, in the occupied West Bank.

Israeli sources claimed the woman tried to attack soldiers with a knife before they shot her.

Za’oul was later moved to Sha’arei Zedek Israeli medical center, in Jerusalem, where she succumbed to her serious wounds.

The Palestinian woman was from Wadi Fukin Palestinian village, southwest of Bethlehem. Her corpse remains held by Israel. 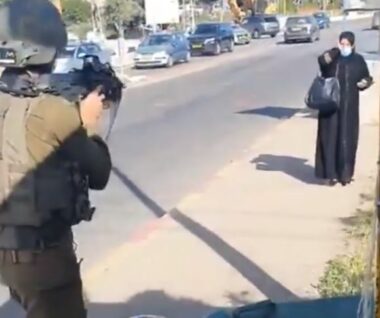 Israeli soldiers shot, on Sunday morning, a Palestinian woman at the Etzion junction, south of Bethlehem, south of the occupied Palestinian capital, Jerusalem, in the West Bank.

Israeli sources said the woman was moved to Shaare Zedek hospital, in Jerusalem.

Israeli Ynet News claimed the woman was shot in her leg when the soldiers noticed “she carried a knife.”

It added that the incident did not lead to any injuries among the soldiers.

Following the incident, the soldiers closed the junction to all Palestinian traffic.