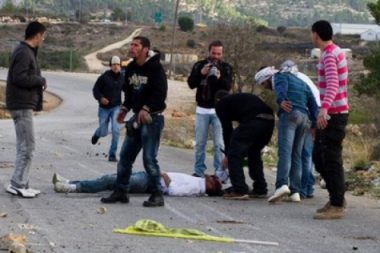 The Palestinian Red Crescent (PRC) has reported that the soldiers shot a young man with live rounds in his chest and shoulder, causing moderate wounds, before he was rushed to a local hospital.

It added that many Palestinians suffered the severe effects of teargas inhalation, and received the needed treatment.

The injuries took place after many army jeeps invaded the refugee camp, and attacked dozens of local youngsters, who protested the invasion, and hurled stones at them.