Soldiers Shoot And Abduct A Palestinian In Al-Khader 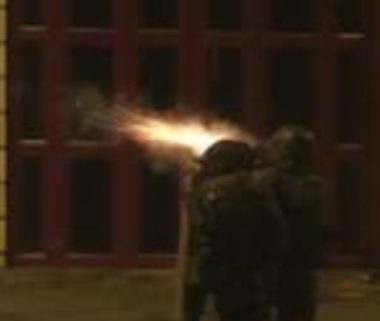 Israeli soldiers shot and abducted, on Thursday at night, a young Palestinian man near the al-Khader town, south of Bethlehem in the occupied West Bank.

Local sources said the soldiers shot the young man with a live round in his leg, and abducted him, before moving him to a hospital in Jerusalem; his condition remains unknown.

The Israeli army claims that the young man hurled a Molotov cocktail at a military monitoring post near al-Khader.

It is worth mentioning that al-Khader has been subject to constant military invasions, violent searches of homes, which included abductions of many residents, especially youngsters.

In related news, the soldiers invaded Teqoua’ town, southeast of the West Bank city of Bethlehem, and fired live rounds at schoolchildren protesting the invasion, wounding three of them, including two who suffered serious injuries.