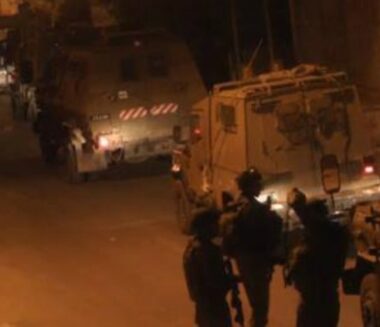 The invasion led to protests before the soldiers fired many live rounds, rubber-coated steel bullets, and gas bombs.

Medical sources said the soldiers shot three young men with live fire and caused many to suffer the effects of tear gas inhalation.

The abducted Palestinian was among ten taken by the soldiers across the occupied West Bank.

The soldiers also shot two Palestinians, including one who suffered serious wounds, near Jenin, in the northern West Bank.