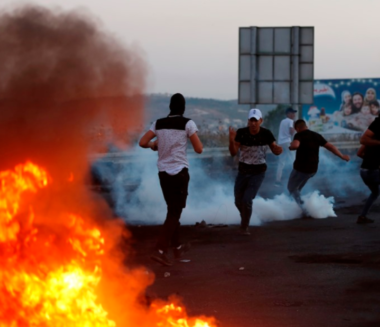 Israeli soldiers shot, on Wednesday at dawn, three Palestinians, including one who suffered life-threatening wounds, and abducted two others, after the army invaded Tubas city, in northeastern West Bank.

They added that the soldiers shot three Palestinians with live fire; two of them were shot in the pelvis and one in the arm, including one who suffered critical injuries, before local medics rushed them to a hospital in the city.

Several Palestinians suffered the effects of tear gas inhalation, before receiving the needed treatment without the need for hospitalization.